The Head Honch remains my favourite cheap masturbator, and in the latest version it got a one inch increase in size. 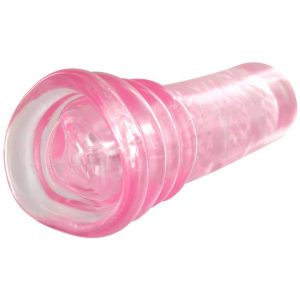 >>Shop for the Super Head Honcho at LoveHoney<<

The original Head Honcho was rightly acclaimed as the best cheap masturbator you could buy. Not only was it in the cheapest category, but it was as intricately textured (with suction chambers!) as a high end Tenga or Fleshlight. It also consisted of a rubbery, super stretchy material that simply felt great.

In response to public demand, Sue Johanson released this upgraded version, which quickly became even more popular with male sex toy users and reviwers as the original. Only $5 or so more expensive, and with an extra inch in length. Now with three suction chambers that will accomodate nearly every man, there is no better male masturbator out there at under $25.

Pros of the Super Head Honcho

Cons of the Super Head Honcho